An abnormal buildup of fluid in tissues called edema is what causes swelling in the legs. Sometimes, painful swollen legs can be caused by lymphatic dysfunction. In other cases, edema can result from long-standing venous reflux. A venous disease that causes spider veins and varicose veins. It can lead to more serious conditions, such as ulcers or skin discoloration.

Where Does Swelling Appear?

Edema typically causes swelling first in the area around the ankle bones and then spreads to the lower legs, calves and feet.

Those that suffer painful swollen legs and ankles from edema, the swelling may be constant or it could vary throughout the day. In cases of constant edema, lymphedema may also be a contributing factor. Since swelling often decreases with leg elevation, it may be less visible in the morning. It then will become more visible in the evening, after a day of sitting, standing, and walking.

While edema in legs can be caused by lymphatic dysfunction or even a blood clot, painful swollen legs and ankles can also be caused by the progressive stages of venous disease. In these cases, venous reflux forces fluids to collect and pool in the tissues around the ankle and lower legs, causing the tissues to swell.

Several factors can contribute to the venous reflux that causes edema:

Symptoms Related to Edema and Painful Swollen Legs and Ankles

Edema that causes swelling in the legs from venous reflux can lead to several symptoms: 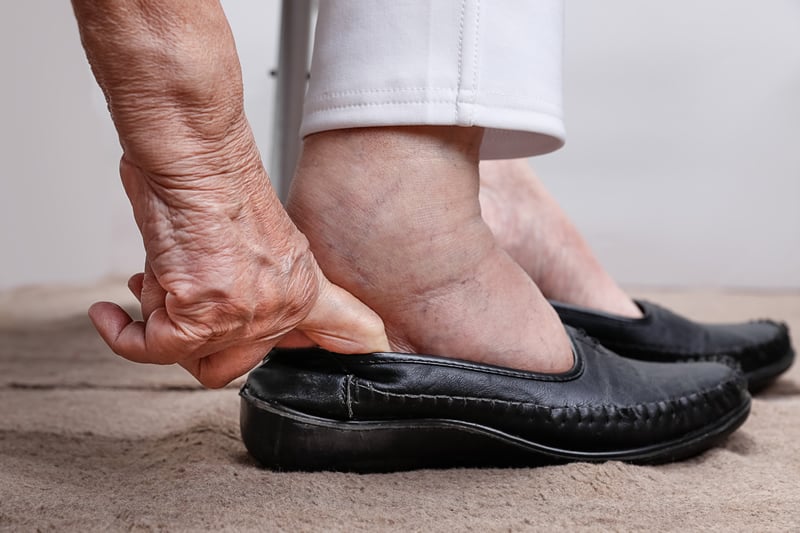 Matt Topolski
02:12 18 Jan 18
The Coastal Vascular staff is comprised of carefully selected medical professionals who are equal parts experienced and caring. Dr. Ayar is outstanding with his patients, he's like a throwback to the type of patient care you could expect from a house call. He's attentive, kind, informative, personable and extreme knowledgeable. The clinic itself is patient driven and the staff provides leading interventional radiology care while minimizing the disruption the care may cause after treatment. I highly recommend Dr. Ayar and Coastal Vascular Center!

David Clary
18:33 13 Apr 17
Staff were extremely friendly and Dr. Ayar really helped with the vascular issue I was having in my foot. Complete recovery!

Tejal Patel
01:58 05 Apr 17
Dr. Ayar was very informative and patient with me. I was extremely nervous before my procedure, but him and his staff patiently walked me through it and calmed me down. They told me what to expect, and it went smoothly! Highly recommended!

Jon Green
18:55 24 Aug 16
Very knowledgeable and the passion of care is wonderful
See All Reviews Write a review